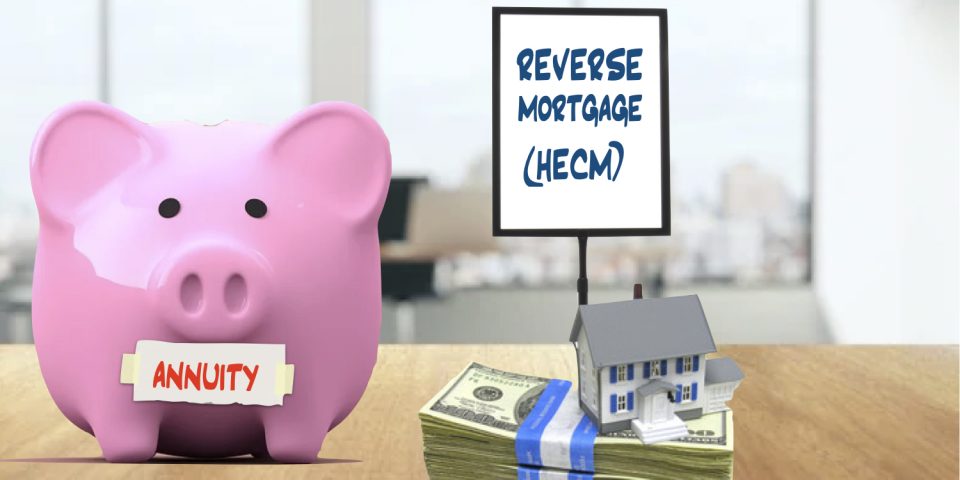 Annuities & Reverse Mortgages:
The Good, the Bad and the Ugly

Annuities and reverse mortgages don’t go together! If you’re a seasoned reverse mortgage professional- that concept has been chiseled into your mind like the 10 commandments Moses carried down from Mt. Sinai. After all, we’ve been warned against what regulators call cross-selling. That’s where a commission-motivated insurance agent invests a reverse mortgage borrower’s loan proceeds into an annuity contract. This practice is strictly verboten and in fact, is directly spelled out in the 2008 HERA (Housing & Economic Recovery Act) legislation which prohibits a lender from requiring a borrower to purchase an annuity as a condition of obtaining the loan.

Jack Guttentag, also known as The Mortgage Professor turns the conventional wisdom of annuities and reverse mortgages on its head in his recent column “Why Annuities Are Underutilized (And What Could Be Done About It)”. He argues that annuities should be part of most retiree’s financial plans yet those who stand to benefit the most rarely use them. Read More

For those of you unfamiliar with annuities, they are basically a contract between the policyholder and insurance company. Generally, there are two types: deferred annuities in which interest earnings or credits compound over time and single-premium immediate annuities which pay the policyholder a series of regular payments for a specified period of time. If an immediate annuity sounds a lot like a Home Equity Conversion Mortgage’s tenure payments, you’re not wrong as tenure payments are annuitized (paid out) based on the borrower’s age and life expectancy. The older you are the higher the payout of a HECM tenure payment plan or an immediate annuity for that matter.

Guttentag promotes what I would call a split annuity concept. Instead of the borrower simply converting their loan proceeds into a HECM tenure payment a portion of the HECM’s line of credit (or principal limit) would be used to purchase a deferred annuity. The homeowner would take regular distributions from their available line of credit to meet their monthly cash flow needs while the deferred annuity continues to grow in value. This, Guttentag argues, provides significantly more funds over simple fixed tenure payments alone.

This example shows the projected payouts of a tenure-only and combination plan based on the best and worst quotes Guttentag received from competing HECM lenders. While the specifics of his hybrid payout plan structure are not spelled out they appear to be strikingly similar to a strategy many insurance agents called an annuity ladder plan. One example entails taking a portion of funds to purchase a 5-year deferred annuity that locks up the premium paid during that time while earning a more competitive interest rate and then funding an immediate annuity that pays out for a period-certain term of 5 years. At the end of the five-year payout from the immediate annuity, the deferred annuity would be annuitized into monthly lifetime payments boosted by the accrued interest earned and the policyholder’s age providing a higher monthly payout. The options and variety of annuity ladder plans are too numerous to discuss today, but suffice it to say they all have the goal of increasing interest earnings that outpace inflation while boosting monthly payouts.

Any purchase of an annuity in essence shifts more risk onto the shoulders of FHA as the borrower would be taking a partial lump-sum payment. One could argue since the funds are separated the borrower benefits no longer have the risk of discontinued payments should they violate the terms or the loan or cease to occupy the property. However there are significant challenges remain such as HUD’s opposition to using HECM funds to purchase an annuity, the acceleration of the HECM’s loan balance due to large distributions of loan proceeds, and insurance companies that typically do not accept premium payments that come from home equity.

In conclusion, while industry professionals continue to steer clear from the complications and risks that annuities entail, Guttentag maintains that there are in fact tangible benefits to an ethical, regulated, and well thought out plan that incorporates an annuity into the structuring of a reverse mortgage loan. If there’s one take away we can apply today it is this. How a reverse mortgage is structured is just as important as the proceeds of the loan itself.

Can you advise me if there is a written law preventing financial planners to refer clients to a reverse professional for review and planning considerations. There are tax benefits, Line of Credit growth opportunities, not to mention the no payment requirement.

Interesting you should mention tax benefits. Which ones are you referring to?

I am addressing your law question in a separate comment.

Finally, reverse mortgage proceeds can be taxable at termination if the UPB at termination exceeds the value of the home at termination where there is foreclosure on the home, it is sold in a short sale, title to the home is transferred through deed in lieu of foreclosure, a trustee exercises the right of sale under a deed of trust, or other transfer occurs. Generally, exclusion of certain forgiven debt does not apply but other rules apply that will mitigate or eliminate any tax liability on the additional taxable proceeds.

Even in a college’s business school there is a tendency to oversimplify income tax rules except in a formal income tax major, particularly at the graduate school level.

I hope the foregoing helped.