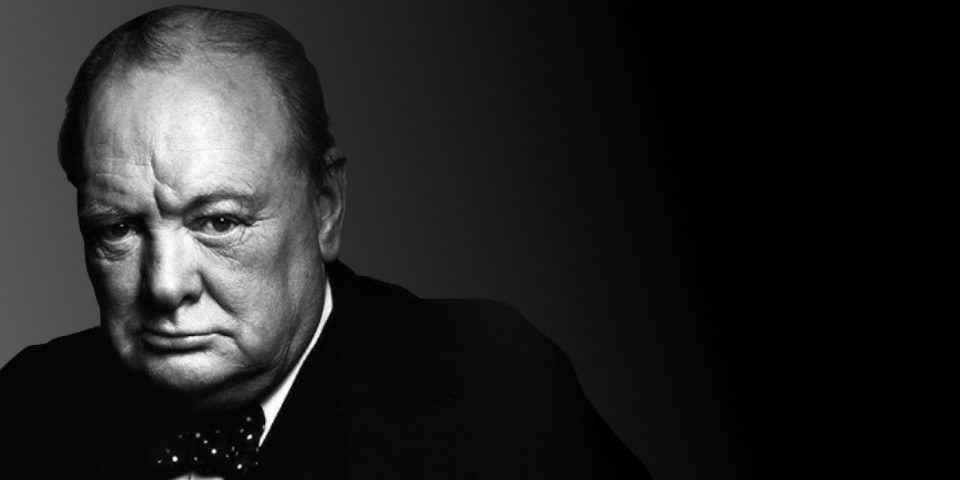 Lessons from an old Bulldog

That’s what Winston Churchill told those who joined his new government that he had to offer. At that time the British Empire faced what appeared to be an imminent invasion by German’s Third Reich. In his first speech as Prime Minister before the house of Command on 13 May 1940, he added, “You ask what is our aim? I can answer in one word: Victory. Victory at all costs. Victory in spite of all terror. Victory however long and hard the road may be. For without victory there is no survival.”

While we presently do not face an imminent invasion of our mainland, we do face the perils of uncertain and tumultuous times. Yet we’ve faced them before and prevailed. Churchill knew this. In fact, he had the strange knack of being able to share the direst news while simultaneously building the confidence, courage, and resolve of his listeners.

What do your words inspire? Can you share the harsh facts of what is happening in the world at large or our industry while inspiring your audience to dig in harder and resolve to fight?

Like each of us, Sir Winston Churchill had his share of shortcomings. But also like you, he had his heroic moments. Perhaps more than average. Nonetheless, our minds and souls are nourished by his words, his resolve, and outright stubbornness in the face of what appeared to be insurmountable odds.

Perhaps an old bulldog can teach us a few tricks. In times such as these stubbornness and resolve are not only admirable but indispensable.

So are HECM Refi origination skills transferrable to Traditional HECM originations? To a large degree, yes! However, as it is widely held, the target market (first time HECM borrowers) is less receptive to originating a HECM than those with an existing HECM. When things get harder there is the tendency to act like a turtle and hide in your shell. For decades now despite al of the noise to the contrary that is what we have seen when it comes to financial advisor referrals turning into HECM endorsements.

Where lower HECM endorsement production first shows up is in HECM CNAs (Case Number Assignments). From the twelve consecutive months of July 2021 through June 2022, the industry has had the highest HECM conversion rate (based on a four month lag), ever experienced by the industry in any 12 month trailing period total since June 2009. Yet not only was the May HECM CNA production (the latest such total available) less than the HECM endorsements for that month but HECM CNA Refis were down by more than 35% from that same total for April 2022.

Yes, the industry has shot itself in the foot by 1) antagonizing HMBS investors by early terminations of the HECMs they have “purchased” through high volumes of HECM Refi originations and 2) questionably increasing not only margin rates but also excluding the 1 month CMT index from the note interest rate. For example, I have a former tax client who originated a HECM back in 2004. The interest rate on the UPB of her monthly adjusting HECM in July 2022 will be just under 2.8%. Compare that with a new HECM borrower’s note interest rate on an adjusting monthly HECM for July 2022 of about 5.3%, if the margin was just 2.5%. That 2.5% difference comes from a 1% higher margin plus a 1.5% higher index rate for a 2.5% difference that will generally be the difference in the note interest rate for the entire life of the loan.

So is there much of a chance that HUD will increase PLFs or the PLF floor? If there was, one would wonder about the sanity of the Secretary of HUD. Such interest rate differentials mean HUD cannot afford to have the MMIF exposed to the climb in note interest rates that we are experiencing today.

So things will be worse before they are better. Yet sometimes we do not seem to learn our lesson such as the originator who recently reminded everyone in a meeting I participate in: “Don’t forget that the HECM you originate today is the likely candidate for a HECM Refi tomorrow” How true but how sad.

Cheers to you my Irish friend! Aren’t we full of surprises?

Hi again Shannon, as usual your video this morning was EXCELLENT. I could be wrong, but I strongly feel that your video was a good way for you to answer my Reverse Mortgage loan production concerns that I told you about in the email that I sent you yesterday.

So based on what Winston Churchill said, I will dig in harder and resolve to fight. VICTOR AT ALL COSTS!!!

I am determined to succeed, and I will adjust to working in a higher interest rate environment moving forward.

Thanks again Shannon for your excellent video, keep up the good work.

Much respect to you my friend. Your fortitude and ferocity in the face of hardship are inspiring. Glad to bring a stubborn perspective.