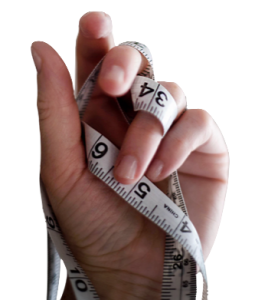 If there’s one number American consumer’s doggedly pursue it is their credit score- the magic number that determines one’s ability to incur debt and at what cost.

Traditional mortgage borrowers know that their credit score is pivotal in determining what interest rate they will pay on their home mortgage. Recently, however, some have suggested a minimum credit score for reverse mortgage applicants in the effort to reduce the likelihood of technical defaults due to non-payment of property taxes or homeowner’s insurance. Would minimum credit scores help protect the Home Equity Conversion Mortage and FHA’s MMI fund which backs the loan?

Older Americans face some unique challenges when it comes to obtaining an ‘ideal’ credit score. While those over the age of 60 have an average FICO score of 743, the highest among all age groups, debt-free seniors may find themselves with a considerably lower score- if one at all. According to an article in CreditCards.com FICO states that a consumer’s credit score must have three things in order to produce a credit score.

3 Requirements for a Credit Score:

Older adults with a paid-off mortgage and no credit card debt could find themselves with a lower credit score. All which brings us to the question- how helpful are credit scores in determining the risk of a HECM borrower defaulting on their obligations? The answer is little if any.

While not being an ardent supporter of the Financial Assessment, it at least measures a prospective HECM borrower’s financial capacity to meet their ongoing property charges in the short term. Something a mere credit score is ill-equipped to do. Under the Assessment’s guidelines, the applicant’s willingness to pay is measured not by their credit score but by their credit history. In addition, access to cash from retirement and savings accounts are taken into consideration as ‘imputed income’ being a potential source of emergency funds should the homeowner find themselves unable to pay property charges from their liquid cash assets.

Requiring a minimum credit scoring to reduce HECM losses is akin to battling the smoke instead of the fire from which it comes. Until the HECM risks inherent in varying home appreciation rates in different regions and the widespread illegitimate occupancy by renters and heirs after the borrowers have left the property are addressed, losses in future cohorts of endorsements will not be significantly diminished.

Credit scores are a convenient measure of consumer borrower’s risk in traditional lending but do little to measure risk or improve the financial viability of the HECM program.

Sure seems like a HECM is becoming a forward mortgage instead of a way for Seniors who need money to access their home equity. Over the years as I recollect, there are many who would not qualify based on credit history or current scores though they had sufficient equity to make it worthwhile. Think about those folks we bailed out of pending foreclosures or who needed the money to just meet their monthly obligations like food and medicine.

This could be a serious setback and could eventually kill the purpose of the program.

I agree with you Dick. We won’t be able to help the people who really need it!! I strongly disagree with moving to credit scores!! Many Seniors have had credit issues because of health failure and medical bills, since our medical system is so costly. If HUD is going to go to more qualifying guidelines, they need to drop the MIP figures to be the same as forward mortgages.

Before its mandate, I supported a form of Financial Assessment. NRMLA provided a letter of suggestions when requested by HUD. Unfortunately, its many authors failed to provide anything close to a cohesive picture of the Financial Assessment that they supposedly had put together. So HUD correctly, responsibly, and properly ignored that letter and provided the industry with what it thought Financial Assessment should be.

What HUD provided has changed the industry in four ways:

1). Current financial assessment has improved the program by lowering the percentage of HECMs that default on property charge payments in the early years following the closing of the loan. Most in the industry and HUD believe that the current financial assessment would have greatly decreased all early year defaults for not paying property charges for HECMs endorsed after 9/30/2008. Yet how significant is that improvement when compared to the percentage of defaults for HECMs with case numbers assigned after 9/29/2013 but before 4/27/2015? Some believe that the difference may be a few hundred defaults per year at the most. Time is needed to test that supposition properly. Perhaps the earliest that test can begin is around May 1, 2025.

2) One of the costs of financial assessment is a permanent loss in HECM endorsements estimated conservatively to be about 10% annually.

3). Then there is the actuarially determined increased average loss per HECM endorsed for each cohort of HECMs endorsed by fiscal year following fiscal 2014. The average loss for each HECM endorsed in fiscal years 2017 and 2018 were each at least 14.6% higher than same calculation for every fiscal year going back to fiscal 2009, the fiscal year when HECMs first began being accounted for by the MMIF rather than the G&SRIF. The average estimated loss per HECM endorsed during fiscal year 2017 was over double that of fiscal 2014. Program exposure to substantial limitations on annual endorsements and even complete program termination of new endorsements result from the ongoing MMIF losses that can only be tied to Financial Assessment.

4). With the marketing acclaim for the addition of Financial Assessment as a consumer protection, there is no practical way to eliminate it.

Since it was the lenders who demanded HUD to create financial assessment, NRMLA seems reluctant to encourage HUD to find a simpler, less costly, or better form of it. In fact, lenders have proactively taken action to suppress any publishing of data or opinions that tie Financial Assessment to the increased loss situation in the MMIF for HECMs endorsed after fiscal 2014; despite what was claimed five years ago, this is the first time that lender collaboration has been seen and was effective.

Rather than rejecting any proposed change to Financial Assessment, it seems lenders and others are so lost and in such dilemma when it comes to MMIF losses, that they are negative to any exposure of the situation or any suggestions on how to improve it. Today rather than exploring ways to improve the situation, both inaction from fear and the inertia of the inevitable seemed to have paralyzed the industry so that today we hear pessimism about the end of the program or unwarranted optimism about the growth in endorsements in next few fiscal years, neither of which have helped improve the situation in the least. Rather than proactive suppression, an industry led task force needs to dig beyond the surface and fully analyze why the actuaries can only see losses for the HECM program past, present, and future while in the MMIF.