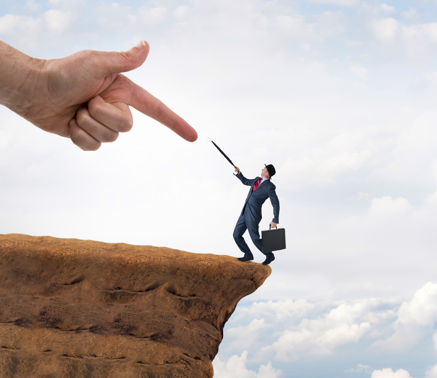 Reading Plato’s The Republic with a philosophy group has revealed some fantastic techniques how we can respond when challenged, accused or misunderstood. In The Republic Plato uses Socrates as his fictitious narrator. When pressed on a point of disagreement Socrates doesn’t become defensive but rather responds with a question- a technique that bears his name to this day, the Socratic method.

The same can be said of the wild accusations that the media have heaped upon the federally-insured reverse mortgage. Delinquent property taxes, unpaid homeowner’s insurance premiums, a spouse being forced to vacate who was not on the loan, and unsafe property conditions- each of these can trigger a ‘foreclosure’ with a traditional 15 or 30-year mortgage. That fact has been largely ignored by the media or buried 14 paragraphs into an article. Even worse, many who put themselves forth as a mortgage or financial ‘expert’ give the impression that such problems only plague reverse mortgage borrowers.

These are just a few ways how the use of questions can help a critic or fearful homeowner separate unfounded fears from fact in reverse mortgages. Remember, if you say it they will doubt you- if they say it, it’s true. Ask the question and let them say it instead.

Thank you Ed. Too many journalists and media outlets continue to damage their own profession.

Thanks for this information Shannon, it’s EXCELLENT. I will keep this in my briefcase, and also work on commiting them to memory.