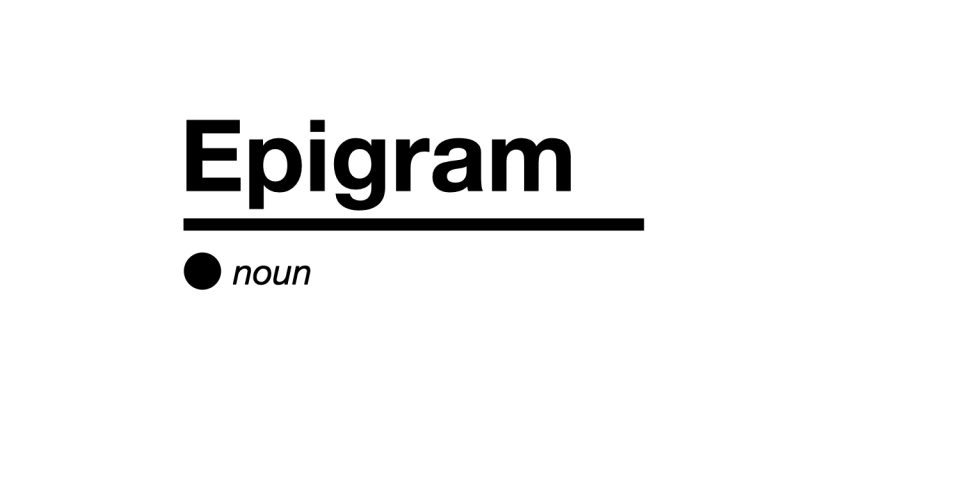 Epigrams- they were engraved on statues, the walls of homes in Pompei, and even in the rock of the Temple of Apollo. Think of them as the ancient predecessor of today’s memes. An epigram put simply is a pithy saying often packed with wisdom or humor – it’s often written in verse. Just as many on social media find memes irresistible, epigrams still hold sway in the twenty-first century. As the famous poet and playwright Oscar Wilde puts it, “I can resist everything but temptation”. So let’s indulge our appetite for some famous, insightful, and irreverent epigrams.

I love #12 by Asimov, one of my favorite authors. Thanks for posting!

Glad you liked that epigram Roger!

THANKS, SHANNON FOR FOR INSIGHTFUL THOUGHT’S I SOMETIMES FIND WEED’S THAT I DIDN’T KNOW WERE THERE. ALSO HOW FAST THEY GROW OVERNIGHT. – YOU LET GROW AND DON’T CUT THEM THEY TAKE OVER – EVER BEEN ON A GOLF COURSE – HIGH GRASS SAME AS WEEDS GET LOST IN THERE AND WALK AWAY – COSTS AN EXTRA STROKE TO DROP ANOTHER BALL AND GET OUT OF THERE. I WILL LOOK AT MY WEEDS DIFFERENT NOW.