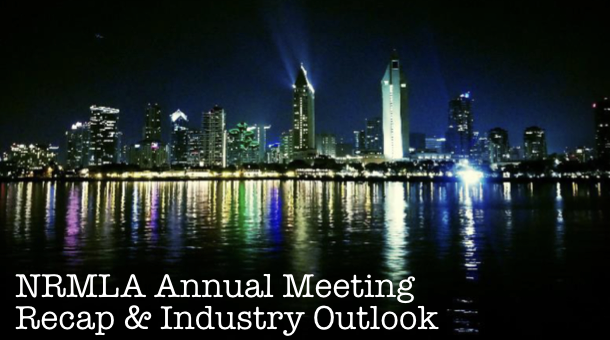 Despite a year of setbacks for many, the 2018 National Reverse Mortgage Lenders Association Annual Meeting not only signaled a retooling of our industry but the course that lies before us.
[there is no video transcript for this week’s episode]

Not having attended the NRMLA Convention, my comment is based on anecdote, the writings of others, and official HUD documents.

While I agree with Shannon generally, one must point to Mortgagee Letter 2018-06 and its built in one year sunset provision. It was written with what appeared to be less than enthusiastic support. So far the only strong supporters of the provision have come from NRMLA’s leaders by way of insisting that if HUD had acted alone, we would be stuck with something much worse.

The Commissioner has made it clear that the preliminary estimates for the book of business for fiscal 2018 will once again show losses, signifying that the reduction in PLFs plus the restructuring of the HECM MIP were insufficient to bring losses down into an acceptable range. I agree with the Commissioner when he states that it was NEVER anticipated that the “medicine prescribed” for 10/2/2017 was strong enough to be a full “cure.” The “mini” band aid provided on 10/1/2018 cannot even begin to cover the area affected.

Now with rising interest rates for at least the next fiscal year, PLF reductions at the beginning of fiscal 2020 will prove to be further harm to endorsement production which right now is hanging around at about 3,000 endorsements per month for the last five months.

While some may want to paint a rosy picture about HECM endorsements after 2018, that does not appear to be where we are headed until at least after the end of this decade. It seems HECMs need a better structure such as being based on geocentric PLFs rather than current PLFs.