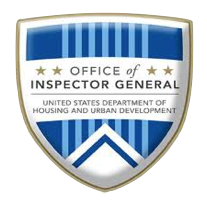 In October HUD’s Office of the Inspector General released their report which telegraphs what changes to the HECM we may see in 2019.

If you were to ask ten HECM professionals what their outlook was for 2019, you would likely get ten different answers. Of all the responses one were to receive the most honest and realistic would be- expect more change.

There’s been much talk in the media of Inspector Generals recently- most of it centered on the political war that rages in the wake of alleged Russian collusion in the Trump administration and also the Inspector General (IG) investigations into the Department of Justice and the intelligence community. However, what most may not know is that all major federal agencies have a functioning IG who serve as watchdogs to ensure that the best interests of the government and taxpayers are served. On October 15, 2018, the U.S. Department of Housing and Urban Development Inspector General’s office released their report outlining 6 challenges facing the agency.

Of the six the most troubling and problematic are the continued risks to FHA’s Mutual Mortgage Insurance fund, which backs both HECM and traditional FHA loans. The OIG states that HUD is presently lacks sufficient safeguards to prevent loan servicers that fail to meet foreclosure and conveyance deadlines from incurring holding costs which are passed onto HUD. It is estimated these delays cost the agency $2.23 billion in ‘unreasonable and unnecessary’ holding costs in a five year period. While not specifically mentioning HECMs it’s not a stretch to believe these issues plague both traditional and HECM loans. This comes as no surprise considering our recent report and an article in HousingWire which reveals a number of illegitimate occupants continue to remain in properties with a reverse mortgage; many times years after the borrower has moved, passed away, or in some cases even rented the property to another party. In other instances, heirs have reported considerable delays in getting a deed in lieu of foreclosure processed or waiting over 5 months for an appraiser to come to the property so the family can arrange for a purchase. While noncompliant occupancy of HECM properties is not specifically addressed, the report does cite delayed property claim reporting by servicers and/or lenders.

Losses were mentioned over and over in this vlog. Sometimes it seems that all HECM operation results are tied up in one thing, MMIF losses. The fact is we have at least six distinct types or categories of losses, two of which are related to cash flow:

3) actual losses from terminations reflected in both funds, i.e., the MMIF and the G&SRIF,

4) actuarially determined losses in both funds,

5) negative cash flow from current operations in both funds, and

6) projected negative cash flow in future years in both funds.

While the G&SRIF losses are not what the Office of the Inspector General (“IG”) is focused on in its report nonetheless some of the IG concerns about actual losses are more applicable to the G&SRIF than the MMIF especially when it comes to things like residency issues. Residency related losses are not of major concern to the actuaries when it comes to the MMIF although as the MMIF HECMs age, they could and most likely will be of greater concern to the IG UNLESS HUD takes strong, immediate, and responsible steps to enforce the residency rules. For years the six month residency rule is so rarely addressed it is as if there is ONLY a one year rule, showing just how misunderstood, the residency requirement actually is.

While the HUD REO holding cost issues are more problematic in the forward mortgage area of the MMIF, as to HECMs, once again the real problem lies in the G&SRI Fund since it is this group of HECMs that are nearing total termination as a group. About 10% of the MMIF active and assigned HECMs are 10 years old and thus terminating on a grand scale.

Even after a year of research and study, NRMLA has few substantial answers as to how to mitigate the actuarially determined losses in the MMIF. It seems not even NRMLA can overcome the elephant in the room, PLFs. Even in adopting the one change this year allegedly suggested by NRMLA, there seems little enthusiasm for it in HUD as a means to minimizing the yet to be determined losses on the HECMs endorsed in this fiscal year. In adopting the alleged NRMLA suggestion, HUD put a one year sunset rule on it, something HUD has never done before in its HECM Mortgage Letter rulings, further demonstrating its quasi support.

While many minor adjustments are needed to the HECM program, the elephant in the room is further reduction of PLFs

the restructuring and stratifying principal limits by creating four (or more) categories for different PLF tables. Tables with higher PLFs would be reserved for areas with the largest home appreciation rates over the last seven years. The lowest would be reserved for those areas showing very little to negative home appreciation rates. The idea is to provide the highest PLFs where risk is the lowest and providing the lowest PLFs for areas where risk is the greatest. This concept needs further development by Shannon and those of us supporting the idea.