“We are considering some other changes [to the HECM program]”. Those are the words of FHA Commissioner Brian Montgomery during a media conference call for the release of FHA’s report to Congress last week. “I don’t think we ever envisioned that the FHA reverse mortgage product would dominate the market, for now, almost 30 years. I know there have been some proprietary products that have grown in the industry.”

It was in fact 32 years ago that Congress passed a bill creating a pilot program of the Home Equity Conversion Mortgage. As it’s said, ‘the rest is history’.  That history shows us subdued HECM loan volumes until 2002 when endorsements broke 10,000 units for the first time and then skyrocketed seven short years later to a staggering 114,000+ loans. 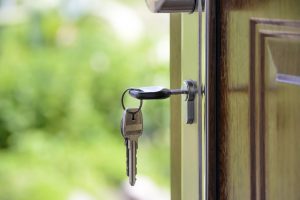 Did Congress anticipate that the federally-insured reverse mortgage would consistently represent over 90% of the market? Most likely not. In the last decade, both HUD and FHA officials have expressed their desire for an expansion of the private market and less reliance on FHA. In the years leading up to the housing crash of 2008, there were a handful of popular private reverse mortgage options on the market. While primarily popular with homeowners with values that exceeded FHA’s lending limit they did not significantly shift new applicants with moderate home values away from the HECM program.

Traditionally private or proprietary reverse mortgages have been confined to homes that appraised above the national lending limit. Recently, however, a few select lenders have broadened their product offerings- one to include properties valued as low as $400,000. This could entice potential borrowers who wish to avoid the significant upfront and ongoing costs that come with FHA mortgage insurance premiums.

What would possibly attract more homeowners to a private reverse mortgage solution? Here are just a few existing and potential features that are appealing.

Despite the incredible potential of private reverse mortgage loans the HECM continues to attract the lion’s share of older homeowners. As long as housing market conditions remain ideal expect to see more innovative private products that may move us toward a more diversified market.