Rewind back ten or fifteen years ago and you would have never imagined that the reverse mortgage would look as it does today. No other mortgage loan has seen such a dramatic transformation of its core components than the Home Equity Conversion Mortgage. If the constant evolution of the HECM proves one thing it is the growing need for older homeowners to convert a portion of their home’s value into a source of cash flow.

While it’s uncertain if or when three key significant HECM changes will be implemented, what’s undeniable is that more senior households are facing a cash-crunch in retirement. Lawmakers have few viable solutions outside of home equity that could avoid financial insolvency for older homeowners- a fact that may have spared the HECM program the ax some lawmakers had been willing to swing.

HECM professionals can be thankful for one gift this year- no announced further reductions of lending percentages or principal limit factors. Despite HUD’s lack of detailed data for why each loan was terminated or placed into default, the agency is confident that previous reforms like the Financial Assessment and PLF reductions have helped slow losses to FHA’s insurance fund.  However, such improvements remain difficult to measure until a larger statistical sample of recently-terminated loans is available and HUD’s aging technology is modernized. What is certain is that the housing crash of 2008 combined with full-draw fixed-rate loans sowed the seeds of HECM losses and FHA insurance claims that have afflicted the program in recent years.

Today the HECM has been transformed into a more robust program that has not only repaired most structural weaknesses but preempted many future risks. Who could have anticipated such a remarkable journey? 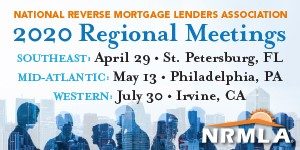