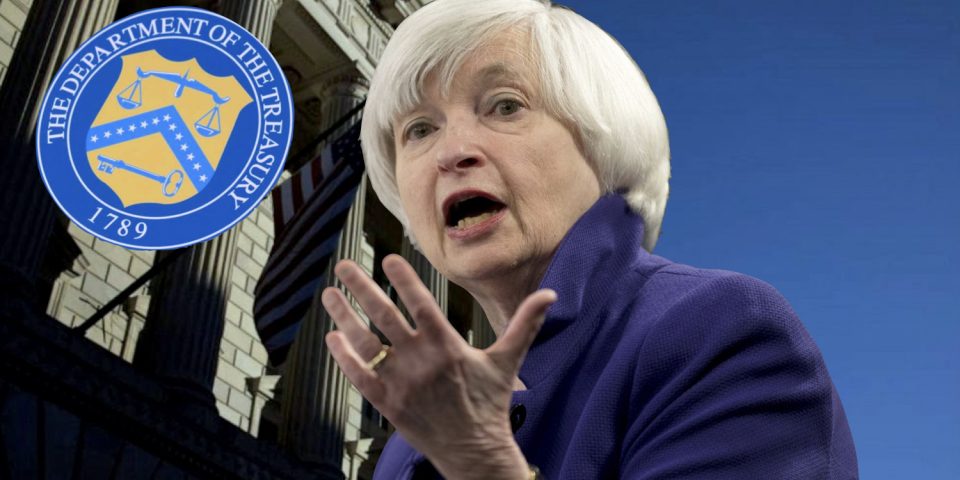 Last Tuesday brought us a rare display of sanity from Washington D.C. Economically speaking it was as if the fact that the earth isn’t flat but round had been discovered. Eureka! Treasury Secretary and former Federal Reserve Chair Janet Yellen conceded that interest rates may have to rise to prevent the economy from overheating. That’s D.C. jargon for preventing runaway inflation, something the Federal Reserve has not always succeeded in doing.

Yellen tempered her comments stating she’s not so much concerned about inflation but should it require attention there are tools to address it. That tool is for the central bank to raise interest rates. Does this mean the government’s spending spree is over? Doubtful. Both parties have proven themselves to be accomplished spendthrifts.

While Yellen no longer pulls the levers at the Federal Reserve, her words did capture the attention of Wall Street, economists, and President Biden himself. The factor that will determine if or when the Fed raises rates is if transitory inflation becomes entrenched in the American economy for an extended period of time. On this show, I’ve repeatedly expressed my concerns that our central bank’s massive infusion of cash into the economy may dramatically increase the costs of goods and services.

Outside of what a gallon of gas or milk may cost in the future, any policy change by the Federal Reserve will have a notable impact on reverse mortgage borrowers and lenders. A good place to begin to measure the potential fallout of rate increases can be found in HECM-to-HECM refinances.

Low rates have inflated HECM production with refinances of existing HECMs representing a historic percentage of new FHA HECM applications. Just how much? In March 2020 as the pandemic hit our shores 24% of all new FHA application case numbers were for HECM-to-HECM refinances. Fast-forward one year to March of 2021 and that percentage doubled to 48% of FHA case numbers. That means nearly half of HECM loan applications are from reverse mortgage borrowers seeking to extract more of their home’s value courtesy of today’s low interest rates.

Last month I incorrectly speculated this trend would cool sooner than later. It appears in fact that the refi boom is going strong. Perhaps the more important question is what happens when interest rates tick up modestly and home appreciation plateaus or even slightly dips? When that happens much like the coal miners of yesteryear we will have to dig deeper to maintain or grow production. That will require more effort, market penetration, and creativity. In the meantime, the good news is the conversion rates from FHA case number to funding will be impressive thanks to refinancing transactions. With that in mind now is the time to build your rainy day fund to boost your future marketing and normalize your cash flow.

Riding the wave is thrilling and profitable. Yet, as every surfer knows, once the wave has passed you have to paddle out and set up for the next set.

What are your thoughts about potential interest rate hikes, HECM-to-HECM refinances, and their impact on our industry? Opine or educate us in the comment section below.

Like a drug, we are now overly dependent on HECM Refis to increase our volume. Without any data released by HUD on the composition of HECM activity for April 2021 (other than total HECM endorsements for the month), clearly the HECM Refi endorsement volume for March 31, 2021 is the highest ever seen in the industry to date at 1,675. That barely beat out that same volume from January 2021 of 1,653.

The annualized and modified conversion rate for March 2021 was barely over 75%. Even though some months have come close, that barrier has not been crossed since June 2009.

What is amazing is that the total CNAs (Case Number Assignments) for March 2021 were 7,556 but never seen before, 48% of that total came from HECM Refis. The highest CNAs of all time for a single month was September 2017 with 20,405 total HECM CNAs. Out of that total 22% (or 4.430) were HECM Refi CNAs, which is also an industry record. Those records resulted, no doubt, from a pulling forward of applications and counseling in order to avoid the 10/2/2017 “haircut” in PLFs.

Learn More About Fairway
Let's talk about your options.
Tell us a bit about yourself.
By entering your contact information, you are providing express written consent for Fairway Independent Mortgage Corporation to contact you at the email and number you provided via telephone, mobile device, automated means like autodialing, text SMS/MMS and pre-recorded messages, even if you are registered on a corporate, state, or federal Do Not Call list. You are also acknowledging and agreeing to our terms of service and privacy policy. Consent is not required to use our services.