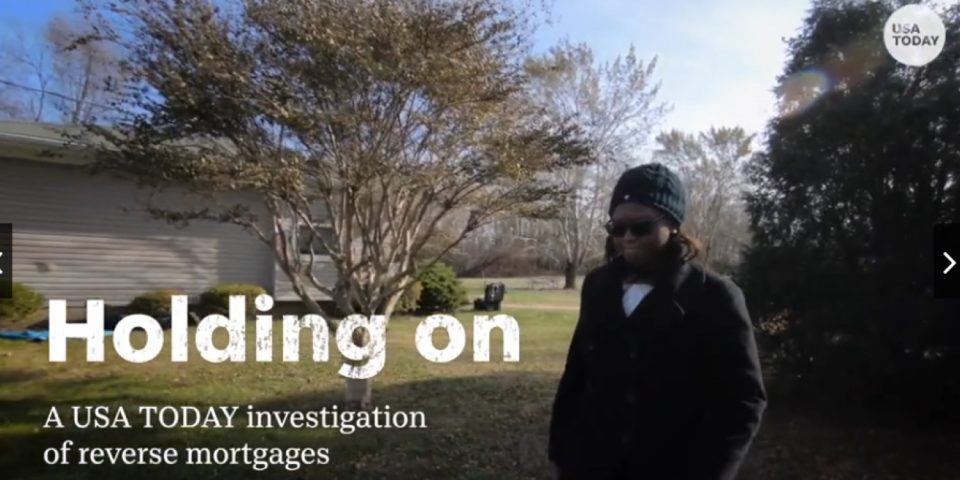 Losing a parent is truly a heart-wrenching experience. One that many of you our viewers, and myself have endured. Compounding the grief is the frustration in settling the financial affairs of your loved one. According to a recent column in USA Today last week, some reverse mortgage heirs are finding themselves thwarted in their attempts to purchase their parents home facing conflicting notices, bureaucratic red tape, and foreclosure- even when the family has the means to pay off the loan. Each delay driving up the ultimate loan balance payoff.

Servicing issues are not a new phenomenon. On this show, we have reported on some of the challenges of loans serviced by HUD’s chosen contractors…

Hi Shannon a long time subscriber and fan. Also a almost 20 year reverse origination veteran. I AM APPALLED embarrassed outraged and frustrated with what I see as predatory tactics by these newer servicing companies. It was NOT always this way. Who the hell is monitoring them? This is a class action suit waiting to happen. One my brokers clients whose grandfather passed at 101 and is a realtor listing the property and communicating clearly with the servicing company came back to property after a day or 2 to find a vacant and new ownership notice and locks changed …disgusting . Some body is going to get hurt in this insanity. Regulate the bad guys (loan originators) reduce payouts (hurting potential borrowers) to cover losses but let this obscene abuse continue seriously!!?? Who has their head stuck in the sand or who is getting paid off? Frankly Im finding myself siding with USA Today

Donald, while I agree there are servicing issues that need fixing, including MORE training of LO’s on what to tell the borrowers to expect, you should remember that with EVERY mortgage there are these exceptions (as Shannon mentions). It’s more of the letter that servicing is required by HUD to send out that send everyone into a tizzy. I agree, it’s communication that is the key (such as with all aspects of life) and I tell this to my borrowers more often then “pay your taxes and insurance”. The bigger problem I see as time goes by here in Texas is that we have older and older folks with Reverse Mortgages that have forgotten what was told to them upfront or as Texas was one of the last frontiers of Reverse Mortgages, those early originators probably had no idea what to expect at the end. I would urge lenders to train their LO’s and Brokers to understand how to explain “the end” to their borrowers, the required servicer’s timeline required by HUD and do a better job of it after the fact. Use NRMLA’s booklet on “What to Expect After Closing” and stay in communication after the closing. PLUS sleep better at night knowing these extreme cases are few and far between. We have many other older senior situation to consider also that could be dealt with better. I would not worry about the USA article, we have had very little bad press this year and they need something to talk about as the news has been pretty stale.

The industry has generally been lulled into believing everything is OK and other mortgages have their problems as well but that never has helped me with speaking to heirs who celebrated with the decedent when the decedent paid off the decedent’s original purchase mortgage but now find that the decedent was loaded with debt on the home as of date of death. Yeah, bringing the heirs into the original conversations helps but by HECM termination, the heirs are seniors themselves and their financial acumen and memory is no longer as keen as it was over a decade ago when the decedent originated the HECM.

As to the NRMLA booklet you mention, “What to Expect After Closing,” it is doubtful an heir will find their own copy of that NRMLA booklet let alone the booklet given to the decedent. I also hope NRMLA has corrected the errors in their original edition of that booklet.
(All stats presented in this comment are as of 10/31/2019, since that is latest data HUD has provided on the HECM portfolio.)
,
So while the HECM portfolio increased by 252,160 endorsed HECMs since July 31, 2014, it also saw a total of 399,453 active HECMs 1) get paid off, 2) go through foreclosure or one of its cousins like short sale and deeds-in-lieu-of foreclosures, and 3) be assigned, awaiting termination. Based on a 5.25 year period starting on 8/1/2014 and ending on 10/31/2019, the industry saw an annual average total of 76,087 active HECMs terminated or go into assignment, awaiting termination. That is an average load never before seen in this industry.

It is extremely doubtful that the servicers in this industry were prepared for such a high volume of HECMs terminating or going into assignment over this 5.25 fiscal year period as reflected in the USA Today stories. The servicers, no doubt, were prepared to take care of a substantial percentage of those HECMs leaving the realm of being active but they were hardly prepared for such a large volume. Remember since fiscal 1990 when the first HECM was endorsed, 655,046 active HECMs have been terminated or are in assignment awaiting ultimate termination.  That means in the first 25 years following the first endorsement, there were about 256,000 active HECMs either terminated or in assignment awaiting termination but in the last 5.25 years we have seen almost 400,000 active HECMs terminated or in assignment awaiting termination. When the HECM portfolio activity is reported for November 2019, there is little doubt that for the last 5.33 years over 400,000 active HECMs will have terminated.

So what we see is that 61% of the total of all terminations and assignments has taken place in the 5.25 years ended October 31, 2019, while only 39% took place in the 25 years before August 1, 2014. Based on reasonable projections for HECM endorsements, the six year period ended July 31, 2020 may be the six highest year period for total terminations and assignments for several decades to come, i.e., the first half century of the HECM program.

Could servicers do better? Only servicers can answer that question.”