MAHWAH, N.J., Jan. 4, 2017 — It’s the season of giving and in that spirit Nationwide Equities has made a generous contribution to St. Jude’s Children’s Hospital.  Nationwide ran a gift giving campaign whereby the employees were asked to help this charitable organization that focuses on treatment and research of kids with cancer.  The company then matched the employee’s contribution dollar for dollar.  At a ceremony held at the corporate offices of Nationwide Equities, a check was presented to Pamela Geiger, Program Director for St. Jude, in the amount of $15,185.  Almost the entire staff of over 140 people participated in the campaign. “It was very heart-warming that the entire company got involved in this very worthy cause,” stated Glenn Wallace, Nationwide’s president.  “We support several charities during the year, however, this is the first time we got all the employees involved and, it was a total group effort,” remarked Paul Lamparillo, Nationwide’s CEO.

Since opening its doors more than 50 years ago, St. Jude’s Children’s Hospital has made a remarkable impact on sick children’s lives all over the world. The research and treatments developed at St. Jude have brought survival rates for children’s cancer from 20% to over 80%. A large part of every dollar donated to the hospital is given directly to the treatment and care for the children and their families. So much, in fact, that no St. Jude family ever receives a bill.

Nationwide Equities is one of the largest reverse mortgage lenders in the nation with 32 offices spanning 37 states.  The company was founded in 1999 and has grown from a single office with 2 employees to its current size with over 150 employees.  Although its original focus was traditional conventional mortgages, Nationwide Equities changed strategies in 2010.  Now, as one of the top reverse mortgage lenders in the US, they are assisting many homeowners 62 and over realize their retirement dreams. 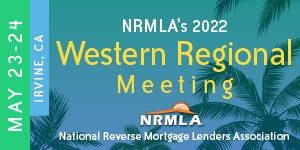