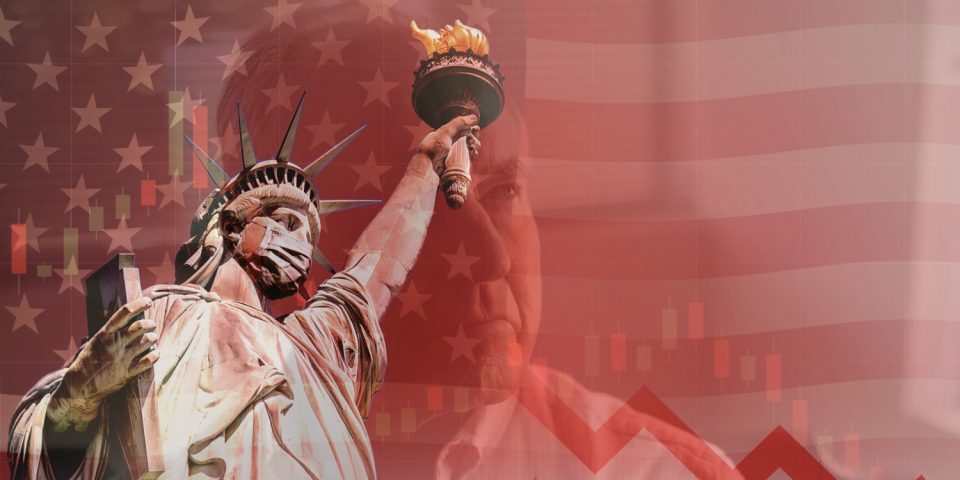 The genie’s out of the bottle

The genie is out of the bottle. Inflation has returned and wreaked havoc on the American economy, the middle class, and the working poor. Last week World Bank president David Malpass repeatedly warned that stagflation could return citing similarities in monetary environments seen in the 1970s. Stagflation- slow growth or stagnation of the economy coupled with high prices. A toxic mix for any economy.

However, for retirees, it is inflation that’s the nightmare scenario that erodes their ability to maintain the same standard of living despite faithfully setting aside money for retirement for decades. Consequently, retirees have a handful of choices to compensate for the increasing costs of living: increase their systematic retirement withdrawals, cut expenses, return to work part-time, or tap into existing assets.

For the last two…

Seniors fear outliving their money more than death itself, and who can blame them? Knowing this financial advisors typically create a plan for sustained withdrawals- that is the projected amount of money that can be taken each month during a retiree’s lifetime without prematurely exhausting their savings and investments before they die. Typically these plans work but we’re not living in typical times. Year-to-date the stock market is down 13%, annually-adjusted inflation is over 8 percent, and hyper-inflated home values are beginning to show signs of softening. The cost of servicing consumer debt has also climbed thanks to the Federal Reserve’s series of interest rate hikes that may be too little too late to reign in inflation.

All this may leave retirees exceeding their planned withdrawal target from retirement and investment account. Even worse, making withdrawals from an investment account when stocks have lost value makes those losses realized or permanent losses which destroy dollar cost averaging and compound growth.

All that said, despite any rational discussion of money the fact is emotions drive most decision-making related to finance and retirement. “Most of our decisions around money are emotional; no amount of nitty-gritty knowledge about interest rates will change that”, writes Lindsay Bryan-Podvin’s  in a June 6th Vox blog post. This explains some of the more irrational choices we’ve seen reverse mortgage clients make. It may also explain the general reluctance of older homeowners to tap into their accumulated home equity. Nevertheless, at some point emotions have to succumb to reality. Just ask anyone who’s lost a job or suffered a disability that decimated their income. Crisis and need have a way of dispelling our most closely-held notions.

The notion that one’s home’s accumulated value is sacrosanct may be aging badly thanks to the unexpected. Retirees should feel no shame in having unforeseen economic forces set upon their best-laid plans. After all, who could have anticipated that economists and policy-makers would once again be asleep at the switch allowing inflation to derail our economy and purchasing power? Who could have anticipated the wide-ranging after-effects of a worldwide pandemic? If you can find such a person they should have been your trusted financial advisor.

In today’s economy, it is both regrettable and reckless to ignore what is the largest financial asset for two-thirds of American retirees- their home. Regrettable for those who wait too long until interest rates or falling home values place a reverse mortgage out of reach. Reckless for those financial advisors and mortgage originators who blindly poo-poo reverse mortgages to the financial peril of those they are pledged to help. Now is the time for homeowners, financial professionals, and mortgage brokers to put aside notions based on bias and instead embrace the reality that most retirees are facing at this present moment.

Vox: Money is emotional — but personal finance advice rarely accounts for that

Thanks for all your insight and information.

I have been a Reverse Mortgage Loan Officer for 15 years and seen it all.

And, YES, I have a Reverse Mortgage. I put my mouth where my Money should be,

Thanks for all your insight and information.

I have been a Reverse Mortgage Loan Officer for 15 years and seen it all.

And, YES, I have a Reverse Mortgage. I put my mouth where my Money should be,

This was a very good broadcast, timing was right on. Keep up the good reporting, we in the industry need you!

Yesterday, Chuck Todd addressed in his “data download” segment on “Meet the Press” the complete collapse of confidence among the American people as to the ability of our government to fix the problems (especially the economic problems) we face today. The segment was like a replay of President Carter’s now 1979 infamous speech which critics’ call his “malaise speech.”

The Carter years all but fully discredited Keynesian economics. One of the principal “axioms” of the economic theory established by liberal Englishman and economist John Maynard Keynes was that there was an inverse tradeoff between the unemployment rate and the inflation rate. The liberal Carter Administration which heavily leaned on Keynesian economics, undid that axiom by proving that the rate of unemployment could rise materially in a time of high inflation. It is so bad that the current Administration will not heed the warnings of the economic leader of the Clinton Administration, Dr. Larry Summers.

Having taken basic economics during the Nixon and Ford Administrations, Keynesian economic thought reigned supreme at least in the classroom. Yet with the help of President Carter (and perhaps “Billy Beer” so named after his brothers brew) and over the outrage of unrecanted Keynesian economics was laid bare as inadequate, incomplete, false to a significant degree, and, generally misleading. That created such a hole in then current economic theory that the rather slanted views of Reagan economic advisor, Arthur Laffer, ruled during the Reagan Administration.

In many ways, the Biden Administration has shown itself to be as inept and hapless as the Carter Administration when it comes to restoring US economic prowess and consumer confidence. This situation has grown so bad, that leading members of Biden’s own political party are openly speaking out by name against the re-election of the President in NYT articles.

Can the Fed alone cause this economic juggernaut to shift from its present course? Like the late 1970s, Congress seems resigned that it cannot do much to change the situation for the better. So here it is once again staring us in the face — malaise (2022 style).