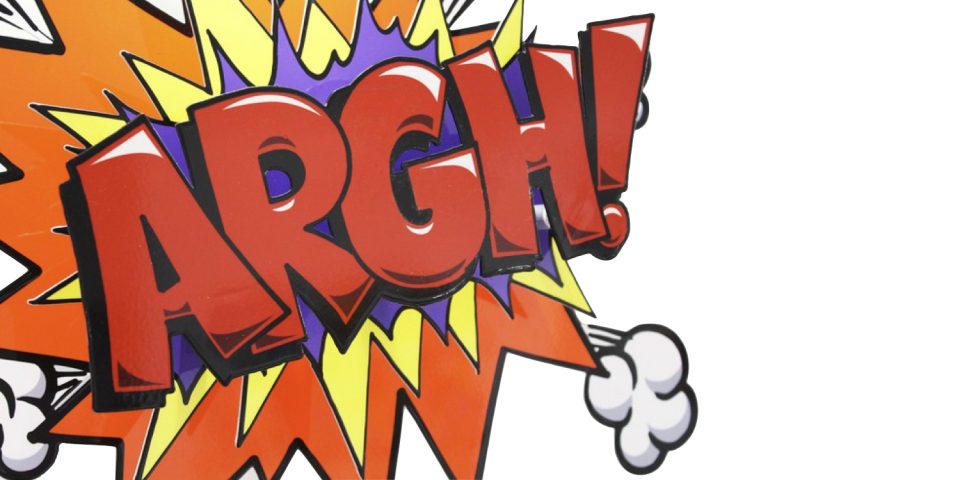 Here’s what typically sets us off

I agree that it’s things outside my control that wind me up, but it’s not the things you describe. For me, it’s routinely tied to Dodd-Frank:
Appraiser Independence means I get an FHA appraisal on a home at $383,000, up from $380,000 four years ago, and $659,300, up from $593,500 two years ago from the tax appraiser. The two government agencies, and the licensing agency, refuse to reconcile the differences so there is one value. How can there be two fair market values this far apart for the same house at the same time?

Appraiser Independence says it’s Ok when it takes four tries over 4.5 months to get an appraisal that is acceptable to FHA. I am forced to deal with incompetent appraisers.

Appraiser Independence says it’s Ok when the AMC takes an order, charges the borrower $550 for an appraisal, and then demands $1,725 for the appraisal. Why am I responsible for the cost of the appraisal, but the AMC is not? Why do I have to give the AMC a credit card to get the appraisal late?

Why am I licensed, but everything in the loan process is controlled by people who are not licensed? Why is it legal for an unlicensed convicted fraudster to recruit, train, and supervise unlicensed mortgage originators? What business can I conduct with no other documentation based on being a licensed originator; unlike real estate agents, attorneys, title agents, barbers, hair dressers, ….?

When CFPB extracts big fines for things like “disparate impact”, why are the fines paid by the innocent pensioners who own the stock and customers instead of the managers who control the process? If the action is against a big company, the managers walk away with their bonuses and golden parachute. If it’s a small company, the owners are destroyed.

Don- thank you for sharing the specific frustrations originators may encounter.

That’s a new one — Irish flu Even old Irish folks learn new things about being Irish through this vlog.

It is tough when things we assume will go right don’t, especially when a deadline is on us. The age of computers is for many of us, the age of frustrations. It is not that I do not like having computers, it is what they (and the apps plus software on them) can do to slow us down that is so irritating. One day they can’t do anything wrong and the next, they seem to go off the deep end “without rhyme or reason.”

Some of us are fairly competent at using Excel and HP financial calculators. Determining if the RM amortization schedule is reasonably right takes a few minutes but after checking it, I can speak confidently to my client about the amortization schedule and what it presents. Recently one of the HECM loan document providers has had excessive problems getting their numbers right. They had trouble producing an amortization schedule where home equity (of all things) was not hundreds of dollars off, each and every year after closing. In one case I was brought in on, the UPB reflected the expected rate but the growth in the line of credit reflected the initial rate I really do not care which one they used, the point is they used both on the same amortization schedule. Would the company fix the problem? NO!

Or how about the trainers who told us in early 2015 that LESAs would normally range between $5,000 to $10,000 even after being warned they were wrong months before? Both times, they excused their ignorance by saying that what the math says it is. Asking for the slide where they did their math on each occasion, they said yes but then NEVER sent it. I have doubted most trainers ever since. Recently, I took a course offered by one lender on HECM math. Many of the calculations were OK but far too many were wrong. Despite warnings about the slides used in the presentation days before the presentation, the presentation was made from the slides as if all was right.

Or there is the IRS and its Publication 936. About 10 years ago, I spent about 50 hours working with the IRS to correct just one sentence about the deduction of interest. They finally got it right but within a few years reverted to prior language. One problem with the IRS is that they are constantly moving around personnel. So even though they agree with you on one occasion, due to a change in personnel, it will take as long if not longer to get it changed back the way it was when it was right. Someone else in the industry needs to work with the IRS to get there very short presentation about RMs right.

Then there are family members that you know hear you and understand what you mean but then turn around and conclude otherwise with their relative all in the name of doing right for their relative since they know Dave Ramsey (or some other financial “sophisticate”) has said not to do a reverse mortgage EVER because they are designed to ripe seniors off.

Enough about my little world.